Right now, Iran is going through a revolutionary movement led by young women and girls who are standing up for their equal rights under an Islamic regime.

Since 1979, Iran has been under a strict Islamic regime that prevents women from having many legal rights. Some of those strict rules include wearing a mandatory hijab, no singing or dancing in public, and limited protection during marriage and divorce proceedings. These are a few of the atrocious laws women have faced since the Islamic regime took power.

On September 16th, 22-year-old Jina Mahsa Amini died in a hospital after she was arrested for not wearing her hijab “correctly.” Iranian officials claimed she died of natural causes and heart problems, but the “morality police” that arrested her are widely known for using torture and violence to force their citizens to abide by Islamic rule.

The women of Iran have decided that enough is enough. For over four weeks and counting, there have been rampant protests for women’s rights around Iran. Women in Iran have begun walking around without hijabs, cutting off their hair, and publicly fighting against the police. International movements have followed suit, showing solidarity in this fight for equal rights.

At Feminist Book Club, we stand in solidarity and support the women and girls of Iran in their fight for freedom. Here, we highlight a few Iranian authors who have shared their own stories of the revolution and growing up in Iran. It is our hope that these books will provide greater context for what life is like for Iranian women.

You’ll also find additional resources at the bottom of this article that will help you learn more about what’s going on in Iran, and about the 1979 Revolution.

Marjane Satrapi’s Persepolis is a graphic memoir that shares the story of her life before and after the revolution. Born in 1969, a decade before the Iranian Revolution and before the Islamic regime overtook the country, Satrapi’s early childhood consisted of classes in a bilingual French school, family trips to the Caspian sea, and an exciting future filled with parties, teenagehood, and exploring Iran. When the revolution happened — everything changed. Read Persepolis to learn about life in Iran before and after the revolution from the unique perspective of a child.

In Persepolis 2, the sequel, we see what Satrapi’s life looks like after she leaves for Vienna at age 14. Sending children abroad for education was a common occurrence before the revolution, but turned into a necessity afterward. Satrapi recounts her years in Austria, learning how to live on her own when she was still a child, the limitless guilt she felt for living her Westernized life, and her life-changing decisions to connect with her family. This heartbreaking tale is the perfect way to continue the tale of Persepolis and will further illustrate the life of Iranians during the tumultuous time of the Islamic regime.

They Said They Wanted Revolution by Neda Toloui-Semnani

Toloui-Semnani’s heartbreaking memoir presents the story of her parents and their lives in Iran, and what led to the eventual execution of her father under the Islamic regime. When her father was murdered in Iran, Toloui-Semnani’s mother was forced to flee to the United States and start a new life in California. Decades later, after her mother passed, Toloui-Semnani began looking for answers. They Said They Wanted Revolution details the journey of Toloui-Semnani as she looks back on her parents’ journey, explores why they made the revolutionary decisions that led to her father’s death, and looks for closure on her painful past with Iran.

Lolita is one of many banned books in Iran. Any Westernized literature is strictly illegal. However, Azar Nafisi decided she didn’t want to follow that rule. Every week, Nafisi hosted a book club at which attendees read banned books together. Although all of the book club attendees, all former students she taught at university, came from various religious and political backgrounds, they all bonded over the stories of Pride and Prejudice, Washington Square and, of course, Lolita. Through her book club, Nafisi learns to find peace and camaraderie through friendship — and books. Reading Lolita in Tehran beautifully describes life for Iranian women during times of revolution, war, and chaos.

Funny in Farsi by Firoozeh Dumas

When Dumas was 7 years old, her family immigrated to Southern California from Abadan, Iran. Moving just years before the revolution, Dumas and her family had no idea what was in store for the future of their country. Dumas’s father loses his job during the revolution, her mother still doesn’t know how to speak English, and she herself is figuring out how to blend into the culture of the United States. Funny in Farsi is a classic immigrants-looking-for-the-American-dream storyline with incredibly hilarious moments that anyone can find relatable when it comes to family. This is a great read for learning how a Persian family becomes “American” in a country that might not necessarily welcome them with open arms.

*Note*: Be wary of donation pages set up to support Iran. It is illegal to send funds to Iran, but the GoFundMe pages listed below help increase international visibility for Iranian women.

Article: Four Ways to Take Action in Solidarity With the People of Iran

Article: Here’s What Has Happened in Iran Since the Death of Mahsa Amini

Podcast: Off the top of their heads: Iran’s widespread protests 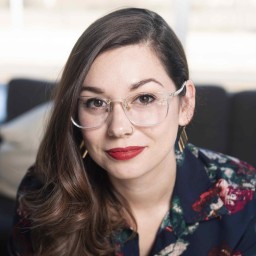