What does feminism have to do with abolition? When I think about this question, I’m reminded of an art print I came across some years back, from a social media project by writer and organizer Mariame Kaba. The poster read, simply: PRISON IS NOT FEMINIST.

According to the Sentencing Project, the number of incarcerated women in the U.S. increased by more than 700% between 1980 and 2019, with 1.2 million women ensnared by the criminal justice system today. Feminism asks us to imagine and organize towards a future where policing and prisons are obsolete. In the words of Charlotte Bunch, “Feminism as a political perspective is about change in structures – about ending domination and resisting oppression. Feminism is not just incorporating women into existing institutions.”

As a Vietnamese woman, I know our Asian/American communities have been on especially high alert this past year and half, with the rise of harassment and violence against those who look like us. In the aftermath of the horrific Atlanta shootings that left eight people dead, six of them Asian women, there was an immediate call for more hate crime legislation. I understood that initial reaction, but I also know that hate crime legislation does little to prevent harm, and ultimately serves to expand the prison industrial complex – and that we can go beyond #StopAsianHate to keep each other safe.

Here in Minneapolis, it has been less than a year and a half after the police murdered George Floyd. This fall, many of my neighbors are part of a fierce struggle to fight the status quo and find a new path forward. Among the yard signs for mayoral and city council candidates, I still see black and white “Justice for George” signs. I am reminded of Mychal Denzel Smith, who wrote: “Justice is not revenge. Rather, justice is a proactive commitment to providing each person with the material and social conditions in which they can both survive and thrive as a healthy and self-actualized human being.”

So much has been written about abolition since the murder of George Floyd led to uprisings across this city and the world. But the call for abolition has a much longer history, with roots in work led by Black women. There is so much to learn – and act on – together, that it can be overwhelming, but that just means there are many great places to start. So, feminist to feminist, here are a few of my own bookmarked resources for learning more about abolition:

Consider sharing one of these readings with a friend, or with the anti-racism committee at your work, and talk about it together! You can also look up what local efforts are happening in your area and how you can plug in. And finally, remember what adrienne maree brown told us: We are bending the future, together, into something we have never experienced. A world where everyone experiences abundance, access, pleasure, human rights, dignity, freedom, transformative justice, peace. We long for this, we believe it is possible.

UyenThi Tran Myhre (she/her) is a cat mom, feminist, writer, and daughter of refugees. She is interested in storytelling and narrative-shifting as strategies for social change and creating a better world, and her writing can be found at Project Yellow Dress and diaCritics. UyenThi holds a Bachelor’s in Journalism and a Master’s in Educational Psychology, and has worked in higher education and non-profit settings. She has a newfound but deep love for BTS. 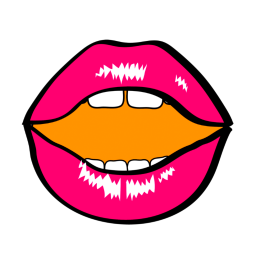