The Mess of Modern Motherhood

Claire Suddath’s recent article, “It’s getting harder to be a woman in America,” published in Bloomberg, has gained a lot of traction across the internet in recent weeks.

In the wake of the overturn of Roe v. Wade, Suddath cites example after example of how mothers are not supported in the U.S. and are falling behind economically as a result. There is the lack of paid family leave. Suddath bemoans the fact that Congress was unable to pass a bill that would offer new mothers just four weeks of paid leave, an amount of time that wouldn’t even allow the mother to fully heal or the baby to be legally admitted into daycare. There is also the lack of breastfeeding protections at work, a nationwide formula shortage, and the uphill battle to keep postpartum women on Medicaid in the poorest states. The cost of childcare has skyrocketed. Pandemic-related closures and uncertainty have compounded this for many parents, making what was previously difficult now intolerable.

All of this, Suddath concludes, boils down to the fact that our economic system is designed, “to allow for the employment and economic advancement of women without actually supporting them.”

Many of Suddath’s points that have so resonated with readers echo ones made by Angela Garbes in her recent book Essential Labor: Mothering as Social Change. In it, Garbes tells her own stories of caregiving and being cared for and dives deeply into the ways in which our society has failed to adequately consider care work. It is a deeply personal book with a powerful political argument at its core: We need to reevaluate the ways that we assign value to care — both monetarily and in our shared subconscious.

Garbes imagines another kind of economy of care, where this kind of labor is assigned monetary value. This is work that also drives the global economy, she argues, like Suddath, and it is work that is worthy of compensation.

Placing this labor outside of the capitalist sphere renders it invisible and, Garbes writes, “perpetuates a class system that designates some people as less worthy than others.”

Garbes extends her arguments about equity and care beyond motherhood into the caring professions, highlighting how relegating this work in the way we do deepens racial and class stratifications because, overwhelmingly, it is people of color in care roles. And it is largely white, upper-class women who are able to opt out of them.

The pandemic brought this to the foreground and, in many cases, forced privileged parents to forgo the care they had grown dependent on, including public schools. It changed the conversation and created a window of opportunity to reimagine our relationship to care.

What if we restored connection, shared the labor of care, and compensated it fairly? Not only would our society be more just, but those doing the caring would be better resourced as caregivers, helping to raise children who were able to creatively and more equitably imagine our future.

There is a developing tradition of women questioning and illuminating the experience of being a mother in modern-day western society. In the last several years, there have been a slew of stories by mothers drawing upon their lived experiences, their struggles in attempting to raise children in this environment, and the difficulties they face — whether in their endeavors to mother while creating or in the attempt to simply survive.

Molly Caro May’s book Body Full of Stars: Female Rage and My Passage into Motherhood, a searing memoir, has a lot to say about survival. As May and her husband grapple with early parenthood, she also grapples with her own body and the painful health challenges she faced in the months following birth. It captures her postpartum experience with equal parts brutality and joyful tenderness.

Camille T. Dungy’s Guidebook to Relative Strangers: Journeys into Race, Motherhood, and History is also concerned with survival. The poet’s first essay collection is full of raw reflections on moving through the world and mothering her daughter with her Black body — the ways they are othered, the conversations she has, and the hard ones she will have to have later about being Black in the U.S. It is also a stunning travelogue, an intimate portrait of the poet’s experiences,  and a book that delights in motherhood — with all of its complications.

The Natural Mother of the Child by Krys Malcolm Belc is a different and necessary perspective. Belc’s transmasculine account of carrying and giving birth to a child deals with the particular complexities of parenting while queer, grappling with his bodily changes during pregnancy, and also with societal systems’ inability to accurately name his relationship to his child.

In A Life’s Work: On Becoming a Mother, Rachel Cusk, in her always poignant prose, deals with the day-to-day details of motherhood, with its disenchantment and dilemmas. She describes a central one, saying of mothers, “When she is with them she is not herself; when she is without them she is not herself; and so it is as difficult to leave your children as it is to stay with them. To discover this is to feel that your life has become irretrievably mired in conflict, or caught in some mythic snare in which you will perpetually, vainly struggle.”

Cusk touches on a fact that runs through many of these stories: it seems impossible to mother well while also excelling in other areas of life. It is a relentless book, like the long days into nights that Cusk describes.

Jenny Offill’s Dept. of Speculation, the author considers, among its many other themes, the difficulty of balancing motherhood with a creative career. “My plan was to never get married,” Offill writes. “I was going to be an art monster instead.” But the narrator does get married and gives birth to a colicky baby, who will only sleep when brought to roam the aisles of a nearby Rite Aid. The book is largely unsentimental and honest in its portrayal of motherhood, which has caused the narrator to forgo her life as art monster. She is a creator, but not the kind of creator she dreamed of being.

And yet the narrator is able to find meaning beyond this. Even in the monotonous and difficult days, there is transcendence. Offill’s narrator finds that there is much to love about modern motherhood, even if there is much to sacrifice.

“I would give it up for her, everything,” Offill writes, “the hours alone, the radiant book, the postage stamp in my likeness, but only if she would consent to lie quietly with me until she is eighteen. If she would lie quietly with me, if I could bury my face in her hair, yes, then yes, uncle.”

Sheila Heti comes to a different conclusion as she wrestles at length with the question of art versus children in her book Motherhood. Her narrator, nearing the end of her childbearing years, considers whether she will need to give up one for the other.

“Why are we still having children,” she asks. “A woman must have children because she must be occupied. When I think of all the people who want to forbid abortions, it seems it can only mean one thing — not that they want this new person in the world, but that they want that woman to be doing the work of child-rearing more than they want her to be doing anything else. There is something threatening about a woman who is not occupied with children. What is she going to do instead? What sort of trouble will she make?”

In the world in which we live now, Heti is saying, it is difficult — if not impossible — to raise children while also realizing fully one’s creative potential.

Both Suddath and Garbes imagine that another world is possible. Suddath, in her piece, argues for legislation, economic reform, and a more robust social safety net. Garbes takes this a step further and asks us to reform our imagination — to think beyond capitalist conventions and consider configurations beyond our current familial and economic structures.

What if there were a world in which mothers could find both kinds of transcendence? Where mothering didn’t need to mean trading in dreams of being an art monster? Where care was divided equitably and compensated fairly? What if childrearing were collective and communal, leaving space for all different kinds of other lives?

What would our world look like then? What new stories would we be able to tell? 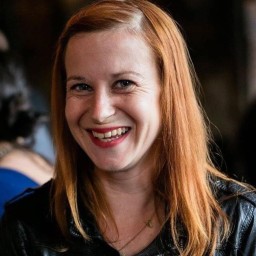