Don’t get me wrong, I’m a pretty tragic sucker for a good love story, and this one has all the makings of a real-life fairytale: beautiful pageant queen meets beautiful pageant queen while they are both competing in the Miss Grand International Competition in Thailand. They fall in love. They date for two years in private while everyone on Instagram assumes they are just best friends. Then, one fateful day, they reveal their love to the world in the form of a video montage of their relationship, complete with a mushy gushy wedding announcement caption.

Just like the movies we grew up with, right?

This is not your every princess needs a prince trope (Aladdin) slash woman gets held captive by her one-day lover trope (Beauty and the Beast) slash princess gets casually molested in her sleep by her prince trope (Sleeping Beauty) slash slash slash slash… This is a modern-day princess love story that smashes the male gaze patriarchy into diamond-crusted shards of women’s liberation.

Speaking of diamonds, those Miss America Pageant crowns (often covered in diamonds) give us one hell of an allegory. These ladies are like royalty, princesses of perfection, if you will, heralded for their beauty, talent, and poise. And they are queer! This is a triumph not just for queer visibility, but for queer glorification. It’s telling young girls everywhere that it’s not just okay to be gay, but that gay can be an ideal, too.

I say young girls because that demographic makes up a huge percentage of pageant fans. Which wouldn’t be as much of a problem if the ideals they were ingesting from these competitions weren’t totally based on the male gaze.

Ah, the male gaze. Let’s not forget that these pageants are giving serious Victoria’s Secret by Jax vibes (cue lyrics: Victoria was made up by a dude. DUDE!).

The Miss America pageant was, indeed, made up by a dude. Or dudes, rather. The Businessmen’s League, to be exact, funded a photo competition that was first used to boost newspaper sales and then tourism in Atlantic City in the 1920s. That little male-driven marketing ploy quickly turned into a battle for who could be the most male-objectifiable lady on stage.

And anyone who wants to argue that pageants aren’t somewhat of a meat market, remember this:

Until 2018, the Miss America Pageant had a portion of the competition where women donned bikinis and had their bodies publicly scrutinized and compared by complete strangers.

Somewhat related, from 1996 to 2015, the Miss USA competition, which is similar in spirit to Miss America, was proudly owned by none other than Donald Trump.

I rest my case.

But male-gazey meat market no more! Or, well, at least this marriage is a step in the right direction.

What Mariana and Fabiola are telling the world with their marriage is that they were never in this pageant business for what men wanted from them. Their love for one another throws that male gaze right back in the patriarchy’s face and disregards it as irrelevant. “We are perfect to each other and for each other,” their love says, “two women independent of men’s projections and historic need to own us.”

And that is what makes Mariana and Fabiola’s marriage feminist news. 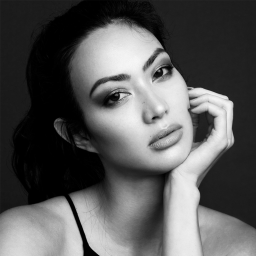