Think Twice Before Ordering the Seafood Platter: The Fishing Industry’s Impact on Our World

In partial thanks to the Netflix docuseries Seaspiracy, and with many thanks to the countless scientists and conservationists who have been fighting the good fight for years, many of us have been made aware of the detrimental impacts the fishing industry has had on our climate, ocean conservation, and individual health.

So let’s get into it…

These may seem like outlandish and impossible statistics, but the unfortunate truth is that today’s fishing industry is detrimental to our ecosystem and the safety of our future. Let’s delve into all of this a little deeper.

The Fishing Industry and the Climate Crisis

The fishing industry permanently removes fish and other animal species from the ocean to be served up as entrees for consumption. Which is something we’ve long been okay with, but the amount of fishing (or rather, overfishing) that takes place today is bringing certain species of animals to the brink of extinction and disrupting the ocean’s ecosystem in a way that makes it unsustainable for our environment.

In today’s world, close to 5 million fish are caught every minute. When these many fish are removed from the ocean, it threatens the safety of coral reefs and the survivability of larger fish.

Additionally, the overfishing we see today inhibits the ability of the ocean and its wildlife to retain carbon from the atmosphere. This is where the ocean’s impact on our climate change comes into play. When we remove the animals that are allowing the ocean’s ecosystems to flourish, we are also removing the ocean’s ability to absorb the earth’s heat and store emissions. The ocean is said to be the largest carbon sink on earth. Therefore, if we cripple the animal population that is doing the heavy lifting when it comes to keeping our planet cool, we will heat up at a faster rate.

Quick fact: Losing just 1% of the ocean’s carbon stores is the equivalent of releasing the emissions of 97 million cars.

The Fishing Industry and Human Trafficking

The environment isn’t the only thing affected by overfishing. The vastness of the high seas makes fisheries enforcement difficult. For this reason, it is relatively easy for certain fishing organizations to lure (and in some cases kidnap) individuals and have them work on their boats for months at a time. Reports have shown that forced labor and human trafficking in the fishing industry is a critical issue.

Migrant workers are especially susceptible to the deception and coercion of these fishing agencies. Workers may be told they will work for a few weeks to a few months at a time, earn their money, and then be free to go home. The unfortunate reality is that some of these workers are kept on board until they can pay off debts that the captains have created for them. They are also forced into terrible living conditions where they may be subjected to physical and sexual abuse. In the worst cases, some crew members are killed or thrown overboard.

Quick fact: 24,000 fisheries workers die on the job per year.

What Can We Do to Help Protect Our Oceans?

We won’t be able to single-handedly solve our climate crisis or the issue of overfishing, but every little step or action taken to support our environment can eventually go a long way.

If you are interested in reading more on this topic check out these resources:

Emperors of the Deep by William McKeever. This book discusses the importance of sharks and oceans on our ecosystem, as well as slavery in the fishing industry.

The Importance of Sharks on our ecosystem.

Human trafficking and forced labor on the high seas.

Protecting whales and our oceans can help limit greenhouse gasses and global warming.

The Great Pacific Garbage Patch and the plastic pollution problem.

Farmed fishing and diseases among fish.

Farmed fish v. wild fish and how color is added to certain species of fish in order for them to be more appealing to consumers. 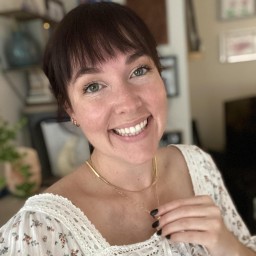 Jordy Macbeth
Jordy Macbeth Instagram
Florida born and raised. Jordy began her professional career as an officer in the Coast Guard but has recently transitioned into the civilian world. When she is not obsessing over her fur babies, you can find her at the beach reading or staying up late to embroider while watching the latest true crime docuseries.