Feminist Book Club blog contributors are working together to create posts in an “Educate & Activate” series. We will define a term or movement, provide historical context, and give you additional resources to learn more. We believe that an educated populace makes for better activists, accomplices and co-conspirators. It is important to note that these are meant to be brief descriptions and not inclusive, or exhaustive, of all resources. We urge you to continue being curious, and continue learning more.

Transphobia is an irrational fear, hostility, hatred, discrimination, and disbelief or mistrust of people who are transgender or whose gender expression doesn’t conform to traditional gender roles.  Transphobia can include irrational fear and misunderstanding, discounting preferred pronouns or gender identity, prejudice against transgender people, derogatory language and name calling, bullying, abuse and even violence.

Although transphobia has existed for a long time (actually, as far back as 1620 we know there was a court case in Jamestown, Virginia to determine the gender of an individual that ultimately decided they could not choose their gender, and the court ordered them to put their gender ambiguity on display, resulting in transphobic discrimination), the term transphobia in activism originated in the 1960’s, as part of the 1969 Stonewall Riots in New York City as gender nonconforming groups across the country participated in activism across the nation in solidarity with the LGBTQ community.

There’s an incredible history of trans-activism and how it has progressed since the start of transgender advocacy in the United States that most notably began in the 1950’s in the wake of the publicity that was given to Christine Jorgeson, whose gender affirmation surgery made international news and brought transgender issues widespread attention, while also sparking a wave of transphobia.

However, trans-activism most notably started by the transgender “street queens” who played an instrumental role in sparking riots in New York’s Stonewall Inn in 1969. Then due to a steady stream of transsexual (the term at the time) books published in the 1970’s, more transgender people began to turn to activism to counter the stigmas, violence, and hostility they faced. The 1970’s were a difficult decade for activism due to the slow gain with political momentum that the 1960’s had, until 1975 when the city of Minneapolis became the first governmental entity in the United States to pass trans-inclusive civil rights protection legislation.

The AIDS crisis in the 1980’s provoked a recentering of sexual identity in politics in the early 1990’s that worked to the advantage of trans-activism. AIDS activism required an alliance between social groups who were affected by the epidemic. Because of this, transgender issues began to resonate with struggles of justice and equality. This led to the 1992 publishing of Leslie Feinberg’s influential pamphlet, Transgender Liberation: A Movement Whose Time Has Come, which sparked a new era of transgender politics and trans-activism that continued to ramp up in 1994-1995 due to a transphobic interaction when Nancy Jean Burkholder was forcibly evicted from the Michigan Womyn’s Music Festival for not divulging her gender when approached by two security guards who questioned if she was a woman or not.

Thanks to the efforts of transgender activism the “T” to LGBT was added when LGB organizations started to include transgender people to their mission statement which began in 1997.

Through the years the amount of transphobia that has riddled the nation is endless, and it’s impossible to ignore the violence transgender people have endured during this time. In memory of Rita Hester who was a transgender African American woman who was murdered in 1998, November 20 has been designated “Transgender Day of Remembrance” in 1999 to honor the memory of transgender people whose lives were lost in acts of transgender violence.

By 2013, activists and allies have made significant progress in passing nondiscrimination law that include gender identity expression in seventeen states and the District of Columbia. Similarly, the number of cities and counties with transgender rights has grown from three in the 1980s to more than 150 in 2012. That makes forty-five percent of the US population now covered by a transgender-inclusive nondiscrimination law.

In current events, transphobic comments from Harry Potter author, J.K. Rowling, have surfaced on twitter and have created a new wave of trans-activism. Her statements have resonated negatively with the trans community and her following, and the media is calling her statements a “transphobic manifesto.” This has brought transphobia to the forefront on news outlets around the world and has been gaining traction across the internet to discount the statements Rowling has made, including actor Daniel Radcliffe, who spoke in a personal essay for the Trevor Project stating, “Transgender women are women. Any statement to the contrary erases the identity and dignity of transgender people and goes against all advice given by professional health care associations who have far more expertise on this subject matter than either Jo or I. According to The Trevor Project, 78% of transgender and nonbinary youth reported being the subject of discrimination due to their gender identity. It’s clear that we need to do more to support transgender and nonbinary people, not invalidate their identities, and not cause further harm.”

The battle goes on to fight transphobia, and every step closer to equality is just as important than the last.

To learn more about Transphobia consider looking into the following resources: 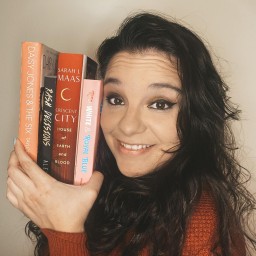